I recently returned from Kendall SummerHawk’s Feminine Money Mastery event, where women from all around the globe (and a few cool guys as well) gathered to improve their relationship with money. One of the most interesting aspects of this conference for me was learning to identify where we need to have “courageous money conversations” in our lives. These conversations are the ones we often avoid, as they bring up all sorts of disempowering money beliefs. We discussed how to make these conversations a routine practice and give them a methodology so that they aren’t as daunting to embark upon.

Powerful conversations can follow a format that eases some of the tension. Follow these steps and engage in, rather than avoid, the money talks that change your life.

1. Take a moment before the conversation to breathe and set your intention for the way you want the discourse to go. Decide on the outcome you want ahead of time and be very clear in your own mind before the other person is present.

2. Be free from emotion and set the agenda with the other party. Inform them as to the reason for the discussion, the outcome you desire, and the discussion points you plan to cover.

3. Stop and listen. Make sure the other party has a chance to say their piece and that they know you hear them. Repeat back and summarize their ideas – whatever you can do to establish that you understand what they are saying.

4. Offer several options for resolving the situation in various ways, if at all possible.

Find agreement, even if it’s to go to another decision-maker, and detail the subsequent steps, including who will do what, by when. Be sure to close the conversation positively.

After returning home from the conference, I immediately put this methodology to use and had two such conversations. I have been breathing a sigh of relief ever since! While it is important to take on these conversations under any circumstances, if you are intent on making a career shift or growing your business, this is a skill that is especially helpful and will pull you forward dramatically.

When you avoid courageous money conversations, you can be inadvertently sabotaging your own success. For example, a mom was recently telling me about her daughter, who has a job she loves. She is appreciated by her employer, coworkers, and customers, and received a promotion four months ago. She has not, however, received a salary increase to go with the promotion. Instead of having the conversation that needs to be had about the salary increase, she decided to look for another job. Objectively, this seems ridiculous, but she is so averse to having the necessary salary conversation that she has created a story in her head about what this all means and is taking a somewhat misguided action in response. For her, she believes it may actually be easier to land a new position than to have a money conversation where she would be championing her value to the company.

Similar to this case, when I work with clients, I often see two primary challenges:

1. Putting a voice to owning their value, and believing it as well. Examples include stating their fees, saying no to a discounted fee, or negotiating their salary.

2. Speaking honestly about an issue that makes them feel vulnerable. For example, discussing business plans with a spouse or renegotiating a loan they are having trouble paying.

Of course, taking a stance for your money will feel awkward at first. However, once you get a few of these conversations under your belt, you will be looking ahead for the next one! It’s about building a muscle over time that will increase your power across the board. Don’t be afraid to jump in headfirst – I promise you will be glad you did. 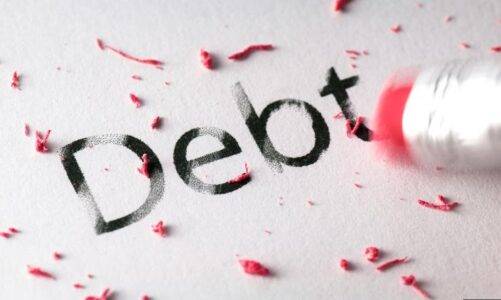